I finally got Shannon to sit down and take me through her journey of performing in the circus as an infant, through her finding spirituality that she could feel for the first time, her 10 year battle with Fibromyalgia, and returning to a dance that she knew would relight her path to a better life and stronger motherhood.

NA – What inspired you to seek out the art of Belly Dancing?

S – I had just moved to Eugene Or. from Berkeley. I was alone in a city for the first time. I was 17 and had scored a job as a seamstress for a vintage clothing store. A belly dancer had come into the store and asked me if I could tailor a costume for her. When I arrived at her house I felt like I entered a time machine where there was real culture and connections. Seeing the drums in the corner of her living room, and the smell of incense made something inside me pop awake. I strangely felt like I was finally at home. I decided after my visit with this woman that would hit the fabric store on my bicycle ride home and look into classes in the community.

I was raised in the circus as an infant six months old until I was about thirteen. We were acrobats. My parents would pass me through the curtain with my diaper hanging out of my leotard. I remember on of my tricks when I was about five that I dreaded because the audience would laugh at me. I asked my father, “Why do they laugh?” He told me it was because he made a funny face. But later told me the real reason. During the trick we were performing I would start out by standing on his hands as his hands were stretched high above his head, he was standing, and he would bend them down so I could lean forward and give him a kiss. Cuteness always steals the crowd. Then he would pop his arms straight up and let go of one of my legs and I would balance on just one of his hands striking a pose. He would then tap my leg with the free hand and that was my cue to put my pointed leg back in his hand. Well all this movement would make my leotard go right up my butt crack and a little five year old doesn’t really have knowledge of being incognito and here goes my finger up my butt to pull out the wedgies. I had no clue, until I was old enough to laugh at this story also, that this was what drew an audience to massive laughter. Too cute.

My mother made all of our costumes and I took up the sewing art when I was about fourteen. I knew I wanted to do more with the art of sewing and once I saw these amazing beaded costumes at the belly dancer’s house I was filled with confidence of what was missing in my life. To be a costume designer and start belly dancing.

NA – Wow. So in a way the door to performing re-opened for you. How did that feel?

S – Yes. I was pretty lost at that time. Trying to discover my purpose. My mother passed away three years prior from brain cancer. I found that I had been constantly searching for maternal mothering love. When I found out that my mother was ill I was around seven and I was playing in my neighbor’s yard by myself and my mind and imagination were having a pep talk with me. I knew I had to find a new family to live with who had a healthy, beautiful, and nice momma and had babies. I loved little kids and babies. It was the Parsley’s who lived a few blocks from me. I literally stocked them and became the best babysitter over the next seven years. When my mother passed my father who had raised already five children, was going to send me off to live with my eldest sister from his first marriage. Well my pep talk with myself worked cause the Parsley’s said to my father “We can’t loose Shannon!” I was beyond thrilled. They legally adopted me so I was able to get on my guardian fathers benefits and I became the eldest of five children.

When a family looses a mother at a young age it shatters that household. Meaning that everyone goes in different directions. It is not quite a bad thing but I have a personality of needing to be apart of something bigger then myself. I am meant to have a lot of siblings who are all extremely supportive and driven. To me it was the pot of gold at the end of the rainbow. I swear my mother’s spirit split when she found out of her diagnosis to cancer and part of her jumped into my brain and guided me all the way from when I was in my neighbor’s backyard to now being a mother myself.

I found with belly dancing I got to perform and be apart of another family. I started educating myself of the history of belly dancing and became confused on how we as a culture could loose such a beautiful connection with each other. So many other cultures dance and play music in the home for holidays. But Americans only really do this at weddings. How many Thanksgivings have you been to where when the meal is finished everyone grabs some instruments and take turns wrapping a scarf around someone else’s hips which is the sign for that person to continue the dance. Instead we hear the t.v. with annoying commercials and the football game.

NA – Yes a lot of dance is missing from American holidays. What happens to your body and mind when you go into a trance like state during a dance? Does time disappear? Can you explain?

S – This is an awesome question. Yes time absolutely disappears. Well this is the goal. I have to close my eyes and truly shut my mind down and listen hard to the music. Then I try to open my body down to every cell. They have discovered that when you get pricked with the thinnest acupuncture needles that it affects every cell in the body. I believe this to be true with dancing. What brings me constantly to belly dancing is the rhythm of the drums. And then you add this rhythm to an isolated part on your body and pop! If you plugged your ears you should see the music from my bodies movements.

During a dance it is when I forget that I have migrating pain. It totally sucks to have burning headaches in other parts of my body and then in waves throughout the day. Imagine a barrel of icecold water around you. Stinging skin pain. It’s shitty. So many people have these same crazy symptoms where doctors have no clue why. I took a timeout on all the things that I loved, performing, sewing, cooking, basically being happy, while this illness took hold of me. Very slowly through the last couple of years I have had to have that talk with myself and become the captain of my own health ship and start from the tiniest layer in my body, my cells and my GI tract. Since focusing on super good cell health, which is increasing my glutathione levels and helping my gut microbs dominate over my bad microbs, I started with the GAPS diet, gut and psychology syndrome diet, I have had massive waves of being symptom free. I still have a long way to go but I have weeks of feeling like I did when I was twenty-eight. Ambitious. I had a lot of earaches when I was a child and was on antibiotics for months at a time. I swear this is the cause of my fibromyalgia issues. Then you add in the tap water I was drinking. Way too much sodium fluoride in my body and I had a mercury filling on my tooth. My health spiraled out of control.

Having more energy, less pain, and re-bonding with the goddess dance makes me want to live a long life. When someone has fibromyalgia symptoms you literally feel like you are being poisoned. It is not that we want to die it’s that we don’t want to life a long life if these symptoms continue and even worse if they progress. In my journey to healing myself I have found that when I am dancing I chant to myself that I am strong. I am beautiful. I am a healthy happy mother. Repeating constantly I swear has pushed my cells into overdrive. 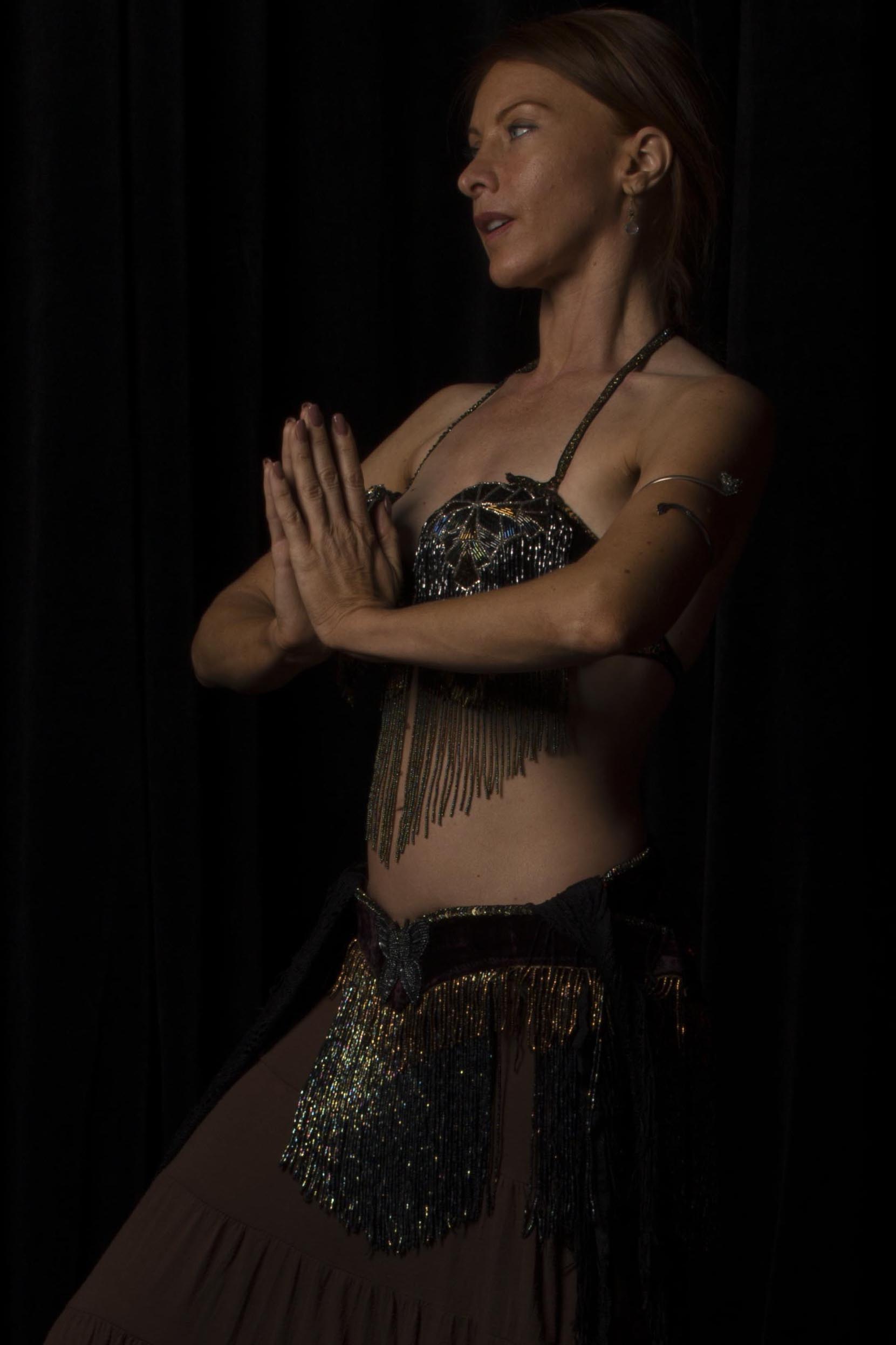 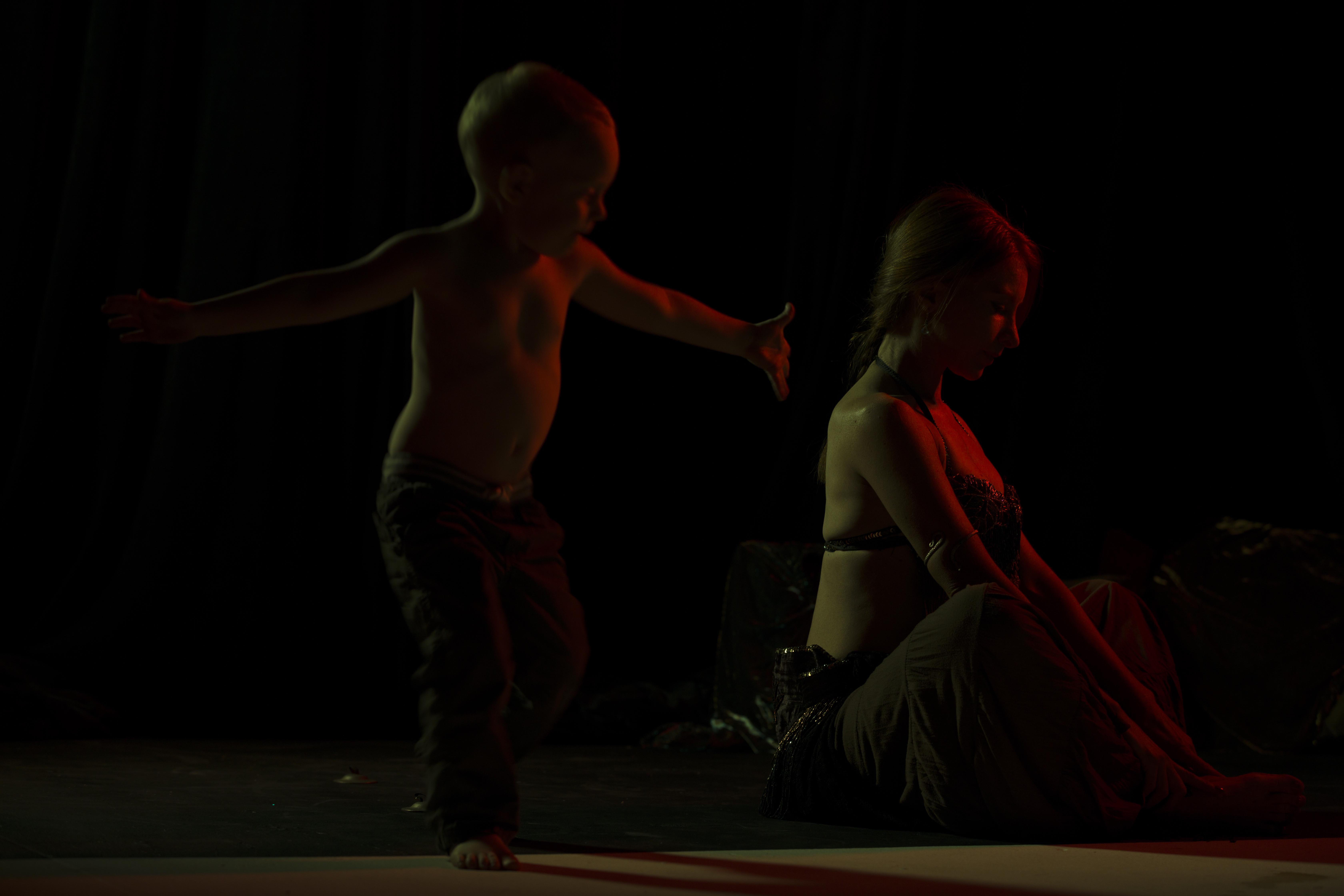